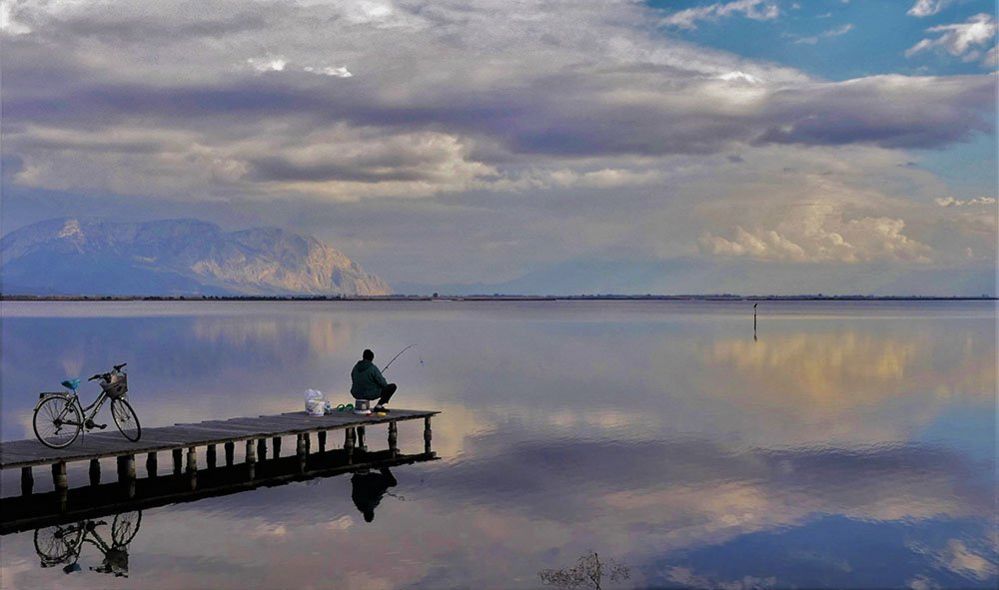 We asked our readers to send in their best pictures on the theme of "empty spaces". Here is a selection of the photographs we received from around the world.

Lia Mageira: "A fisherman at the lagoon of Messolonghi, Greece."

Jason Shrubb: "The empty spaces within a concrete shell."

Ivon Sataumer: "Sometimes the clouds in the sky are mistaken. They didn't come to block the sunlight. They came to embrace it."

Susan Cook: "It was a magic moment on an early morning walk. Two friendly horses leaned in from behind me and our shadows together reached far out into the empty field."

Andrew D Jackson: "Greenland has plenty of empty space. The view from our hotel in Ilulissat revealed a few fishing boats dwarfed by one massive iceberg."

Sue Norton: "Empty space in the seedcase of a fallen conker."

Rachael Blakey: "An empty classroom in a school located in New Brunswick, Canada."

Ruth Atkins: "A child walks down a pink stairwell in Peckham."

Alan Milnes: "An empty space that never should be."

The next theme is "sculpture" and the deadline for entries is 1 November 2022.

The pictures will be published later that week and you will be able to find them, along with other galleries, on the In Pictures section of the BBC News website.

You can upload your entries on this page or email them to yourpics@bbc.co.uk.

All photographs subject to copyright.