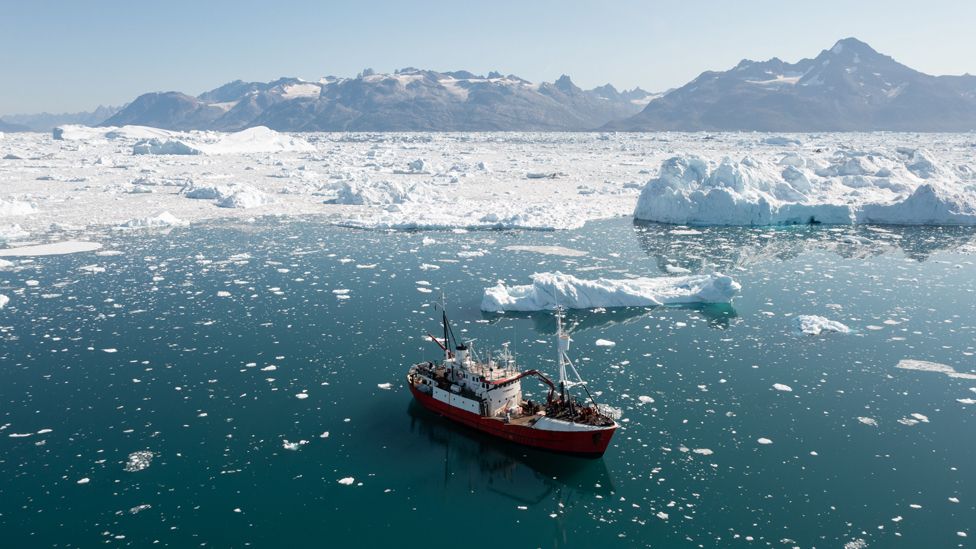 A selection of powerful news photographs taken around the world this week.

Vanessa Redgrave, the Oscar-winning actress and political activist, is made a Dame Commander of the British Empire by the Prince of Wales at Buckingham Palace in London.

The full Hunter's Moon rises behind the skyline of Brooklyn and the Statue of Liberty, as the sun sets in New York City, USA.

Migrants carry a boat at Gravelines, near Dunkirk, as they prepare to embark on an attempt to cross the English Channel.

Elephant keeper Kiapi Lakupanai plays with two calves at Reteti Elephant Sanctuary in Namunyak Wildlife Conservancy, Samburu, Kenya. The severe drought has not only put millions of people on the brink of starvation, but it is also threatening the rich biodiversity in the region.

Image source, PRESS SERVICE OF THE PRESIDENT OF KAZAKHSTAN

Russia has been widely condemned after bombarding cities across Ukraine, including launching missile strikes on the centre of Kyiv for the first time. A man walks near his burned car after one strike.

Jennifer Galindez mourns her baby granddaughter Damna Romero, who died after deadly landslides swept away homes in the Venezuelan town of Las Tejerias, south of the capital Caracas. The landslides happened after the El Pato river burst its banks, and the resulting floodwaters swept away several houses and shops.

Kashmiri Muslim devotees look towards a cleric displaying a holy relic believed to be a whisker from the beard of the Prophet Muhammad, at Hazratbal shrine, on the Friday following Eid-e-Milad in Srinagar, Indian-administered Kashmir.

All pictures are subject to copyright.