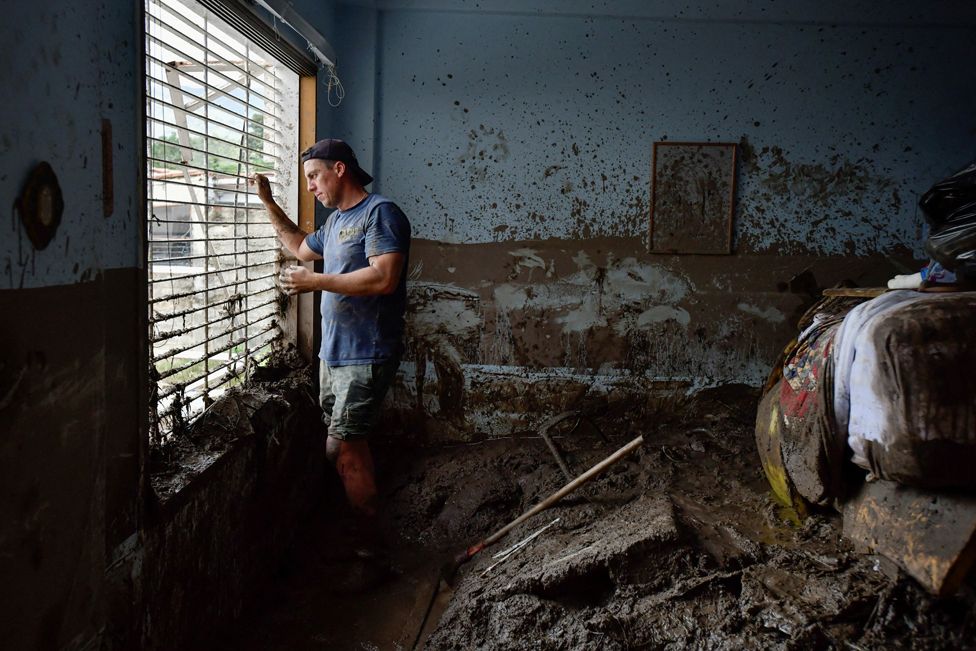 A selection of powerful news photographs taken around the world this week.

A demonstrator is detained in a police van during a rally on the second anniversary of anti-police protests in Lagos, Nigeria.

Liz Truss has resigned as UK prime minister and leader of the Conservative Party. Her departure after 45 days in office makes her the shortest-serving PM in UK history.

A woman carries a dog at the site of a residential building heavily damaged by a Russian missile strike in Mykolaiv, Ukraine.

Celia Xakriaba, of the Xakriaba indigenous community, elected candidate for Minas Gerais state deputy, poses for a picture during the seminar of the natives of the land and indigenous women leaders in Brasilia, Brazil.

Alycia Baumgardner (L) became the WBC, WBO and IBF unified super-featherweight champion against Mikaela Mayer in London. It was a historic night for women's boxing, as - for the first time - every fighter on the card was female.

A photo taken with a drone shows the collapsed dome of the Islamic Centre Grand Mosque in Jakarta, Indonesia. The dome of the mosque caught fire and collapsed during renovation work.

National Trust gardener Dan Bull works from a cherry-picker to trim a section of 14m-high yew hedge at Powis Castle near Welshpool, in Wales. The famous 'tumps' are more than 300 years old and it takes one gardener 10 weeks each autumn to clip them, maintaining their unusual waved shape.

All pictures are subject to copyright.