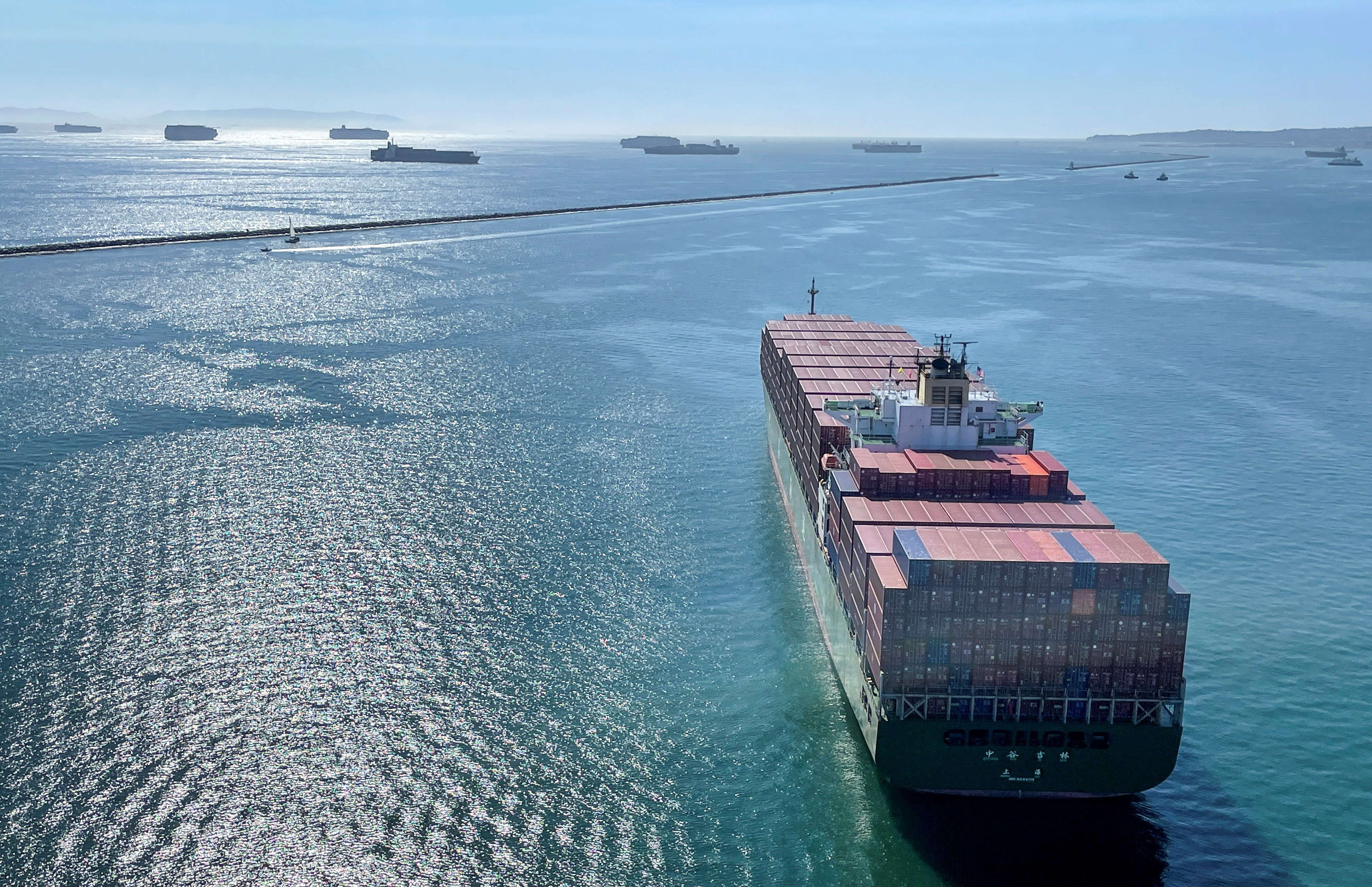 SHARM EL-SHEIKH, Egypt, Nov 21 (Reuters Breakingviews) - Trade is a major cause of global warming. Think of all those goods travelling from far away on polluting ships – and raw materials and components whizzing across the world in complex supply chains.

But the right trade policies can also do a lot to save the planet. The solution is to tax trade in carbon-intensive goods and get rid of tariffs on clean ones – while also subsidising green technologies and stopping aid to dirty ones. And to do all this fairly.

Trade wasn’t prominent at COP27, the United Nations climate conference which just finished in Egypt. It needs to be central by the time of next year’s COP28 in Dubai. Five principles would make a big difference.

The first step is to have even-handed carbon tariffs. Taxing companies according to the amount of carbon they emit would do a lot to stop climate change. It would encourage them to cut their emissions and switch to cleaner technologies. The International Monetary Fund thinks a tax of $75 for each tonne of carbon emitted by 2030 would do the trick.

The snag is that, while 46 countries have put a price on carbon, the average price is only $6 per tonne. Of the major economies, only the European Union and United Kingdom are pricing carbon at or above $75 a tonne. This puts their industries at a competitive disadvantage. If these countries end up importing cheaper, more carbon-intensive products from abroad – something known as “carbon leakage” – the planet could still suffer.

That’s why the EU is expected next month to finalise plans for a Carbon Border Adjustment Mechanism (CBAM). The idea is to impose tariffs on imports from countries that don’t tax their companies enough for the carbon they emit, starting in 2026.

The plan could prod other countries to introduce their own higher carbon levies. But it could also trigger trade disputes, especially with the United States, which has no plans to introduce carbon taxes. Even if President Joe Biden wanted to, he couldn’t get legislation through Congress. His administration argues that what really matters is cutting carbon emissions – and that U.S. regulations and subsidies have a similar impact to a tax.

Unfortunately, there’s no agreed methodology on how to compare regulations and carbon taxes. The issue doesn’t just apply to the EU’s CBAM, but also to carbon tariffs that other countries might launch. Particularly controversial is the idea that America might tax imports without taxing the carbon emitted in home-made production. The World Trade Organization is worried that imposing carbon tariffs in an uncoordinated way could damage global trade and is working on a framework to avoid this.

The second principle is to make subsidies fairer. The EU says it has designed its CBAM to conform with the WTO’s key principle of non-discrimination. There is no sign that America has done the same with its Inflation Reduction Act (IRA), which earmarked $369 billion in subsidies for clean technologies such as electric vehicles, green hydrogen and batteries.

The EU and other countries are angry that the IRA favours American producers at the expense of foreign-made rivals. This isn’t just unfair. It splinters trade, preventing industries from benefiting from global economies of scale. As such, it undermines what is otherwise an excellent initiative for fighting climate change.

The EU is hoping to resolve its dispute at next month’s meeting of the U.S.-EU Trade and Technology Council. A high-level taskforce is trying to thrash out a compromise. Although the Biden administration won’t be able to change the IRA legislation itself, it could soften its protectionist elements via a host of regulations that it has yet to write.

As well as encouraging clean technology, the world could penalise fossil fuel consumption. At the moment it is artificially supporting it. Total subsidies for fossil fuels were $5.9 trillion, or 6.8% of global GDP, in 2020, according to the IMF. The lion’s share of these are “implicit subsidies” where governments do not charge enough for environmental damage caused by burning oil, gas and coal, or don’t apply normal consumption taxes.

The Group of 20 large economies said they would “increase our efforts” to phase out inefficient fossil fuel subsidies at their summit last week in Indonesia. Their leaders first made this promise in 2009. Let’s hope they now mean it.

The fourth principle is to tax ships and planes. International trade accounts for 20%-30% of total greenhouse gas emissions, most of which are carbon dioxide, according to the WTO. This is split between production of goods and shipping them. The international transport sector accounts for 12% of global emissions.

One way to address the problem would be to tax emissions from ships and planes. That would stop companies shipping things long distances when there isn’t a compelling logic to do so. It would also spur the development of cleaner transportation fuels.

The EU tried to tax flights like this a decade ago but backed off when America, China and other countries threatened retaliation. Now is the time for a renewed push.

The final part of the mix is promoting green trade. The easier it is to transfer clean technologies such as solar panels around the world at low prices, the faster countries will be able to tackle climate change.

WTO Director-General Ngozi Okonjo-Iweala pointed out in Egypt that, in many countries, tariffs on fossil fuel products are lower than for renewables. This is crazy. She wants to revive talks on a global environmental trade pact. Although these collapsed in 2016, the climate emergency may give the impetus to get a deal over the line.

Global trade is struggling following the Covid-19 pandemic, Russia’s invasion of Ukraine and tension between China and America. But last week’s détente between the People’s Republic and the United States means the two biggest carbon polluters are talking again about climate change. By COP28, they and other countries should drive forward trade policies to save the planet.

(The author is a Reuters Breakingviews columnist. The opinions expressed are his own.)

Opinions expressed are those of the author. They do not reflect the views of Reuters News, which, under the Trust Principles, is committed to integrity, independence, and freedom from bias.