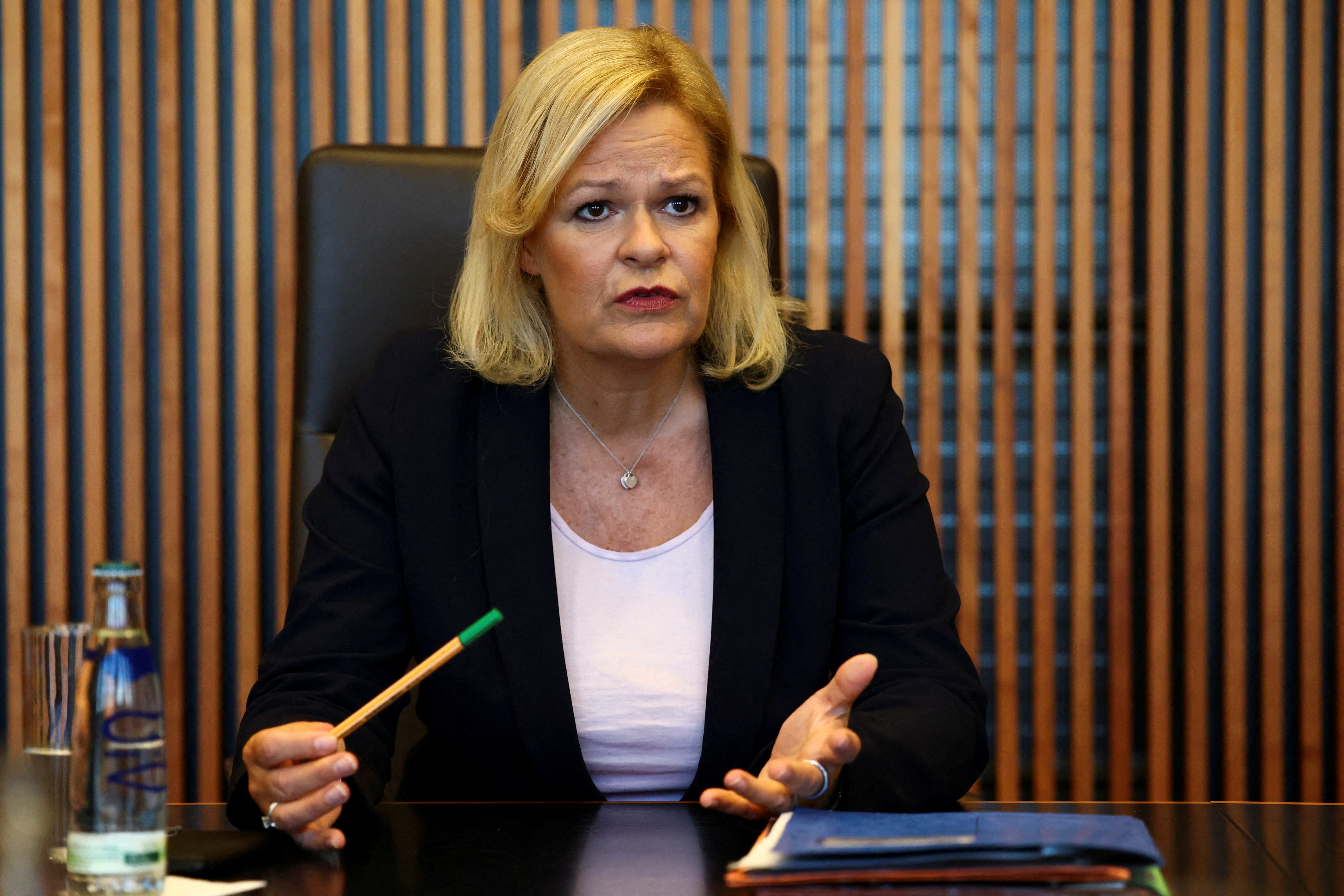 BERLIN, Nov 11 (Reuters) - The German interior minister's attendance at the soccer World Cup in Qatar, which starts on Nov. 20, is not a done deal, according to a report by the dpa news agency.

"I will see if I manage to travel next week," Nancy Faeser, who has irked Qatari officials with her concerns over human rights in the host country, was quoted as saying on Friday.

At the start of the month, Faeser said during a visit to Qatar that she would attend the German national team's Nov. 23 opening match against Japan, stating that Doha had assured her of security guarantees for minorities.

Earlier this week, an interview aired on German public television in which a Qatar World Cup ambassador described homosexuality as "damage in the mind" reignited scrutiny of the minister's planned trip.

According to a poll commissioned by the Frankfurter Allgemeinen Sonntagszeitung newspaper, 65% of Germans do not believe Qatar should have been awarded the 2022 World Cup.

The top concern - shared by 82% - was that human rights were not respected in the Gulf country, while about two fifths criticised the timing of the tournament and Qatar's lacking football culture.