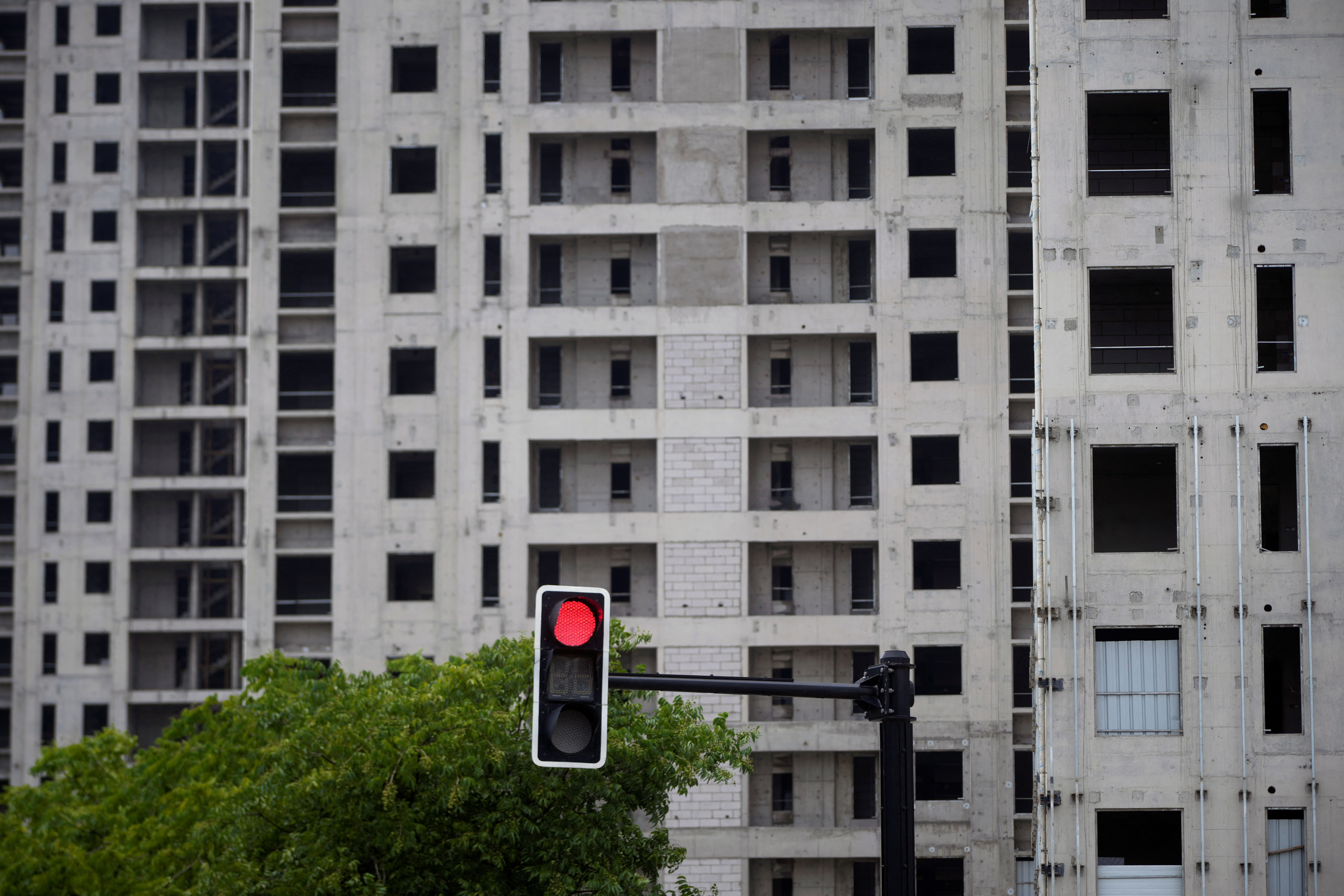 HONG KONG, Nov 14 (Reuters) - Chinese property stocks and bonds rose sharply on Monday after news of further support measures from Beijing to boost liquidity in the sector, hailed by one analyst as a "soaking rain after a long drought".

Here's a look at the main measures implemented to shore up the Chinese property sector in recent months.

WHAT ARE THE LATEST MEASURES?

Two sources told Reuters on Sunday that a notice to financial institutions from the People's Bank of China (PBOC) and the China Banking and Insurance Regulatory Commission (CBIRC) outlined 16 steps to support the sector.

The measures allow banks to extend developers' outstanding loans and trust funding due within the next six months for one year.

Separately, the banking regulator on Monday issued a notice allowing commercial banks to issue letters of guarantee to real estate firms for escrow pre-sale housing funds in a move to ease a property sector liquidity crunch.

WHAT OTHER EASING MEASURES HAVE BEEN ROLLED OUT THIS YEAR?

Since the debt crisis in the sector unfolded in the middle of last year, policymakers have rolled out various policies aimed to stabilizing the property market.

A traffic light is seen near a construction site of residential buildings in Shanghai, China July 20, 2022. REUTERS/Aly Song/File Photo

In March, banks provided more than 100 billion yuan ($14.18 billion) in financing support for mergers and acquisitions to private property developers considered to be of better quality, according to UBS.

In July, Reuters reported China would launch a real estate fund to help developers resolve a crippling debt crisis, aiming for a war chest of up to 300 billion yuan.

China guaranteed new onshore bond issues by a few select private developers in August. The programme has since been expanded to include other firms, some of whom have missed payments to their creditors and suppliers.

In early November, the National Association of Financial Market Institutional Investors said it would widen a programme to support about 250 billion yuan worth of debt sales by private firms, including property developers

ANZ said the latest 16 measures, together with the recent refinement of COVID-19 controls, could be seen as preparations for the annual Central Economic Work Conference (CEWC) to be held in December.

Key growth targets and policy goals are discussed at the CEWC but typically not announced until the National People's Congress in March.

"Chinese policymakers have turned their attention to rescuing the domestic economy after the political reshuffle as the export outlook sours," the bank said in a research note on Monday.