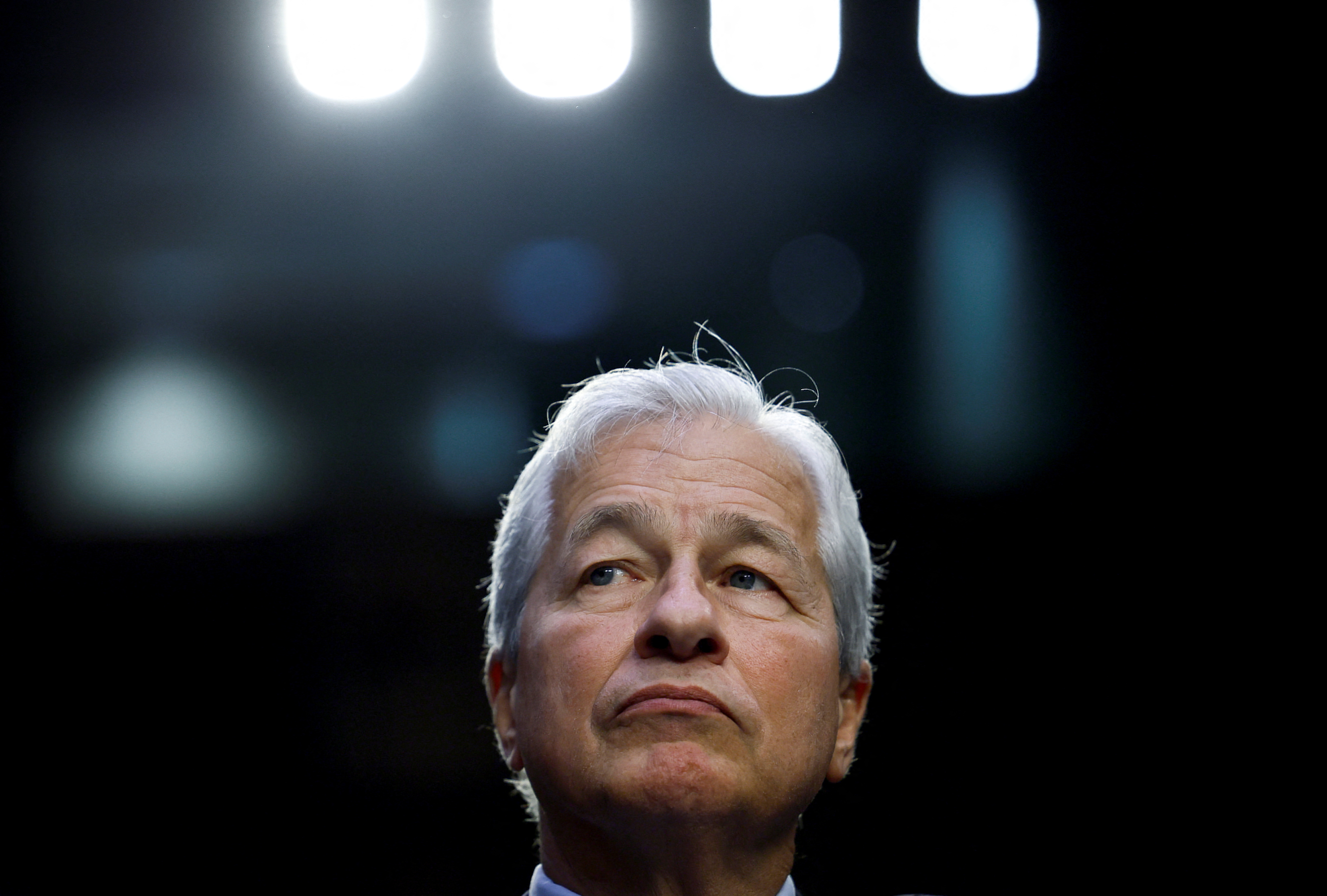 NEW YORK, Oct 14 (Reuters Breakingviews) - It’s hard to be sympathetic when bank bosses effectively complain that their businesses are too safe and sound, and that customers are too conservative. Yet for the big U.S. lenders who reported third-quarter earnings on Friday, that’s the reality. JPMorgan (JPM.N), Wells Fargo (WFC.N) and Citigroup (C.N) have what might be thought of as first-world problems.

The closest it gets to bad news is that customer savings are ebbing somewhat, and credit is getting a little shakier. But this is relative. JPMorgan and Wells Fargo’s deposits both fell 3% in the three months ending Sept. 30 compared with the end of June. Bad debts rose a little – JPMorgan now expects 1.5% of its credit cards to go bad; auto-loan delinquencies are ticking up too. Since the consumer bank is making a return on equity of 33%, though, this is an inconvenience more than a worry.

Undoubtedly, things will get worse. JPMorgan boss Jamie Dimon said on Thursday that he thinks consumers can spend at their current clip for another nine months before running out of steam. But under regulatory duress, banks have already built buffers to counter the effect. JPMorgan has set aside money to cover losses on 6% of its credit-card loans, for example, and its total provisions are 45% higher than they were at the end of 2019. Citi has given itself an airbag equivalent to 7.5% of its U.S. credit-card lending.

Where once investors might have worried about banks taking too much risk, now they’re arguably not taking enough. The rising amount of capital they must hold under U.S. rules, which Dimon reckons are “untethered from reality”, means that some are choosing to shrink their risk-weighted assets. That, along with the expectation of a softening economy, is weighing on valuations. The big banks’ shares are down roughly 40% this year, while the SP 500 Index (.SPX) is down just over 23%.

Banks, then, are not the likely source of the next financial crisis. But that just means the real systemic threats lurk out of sight. Britain’s recent pension-fund margin call mini-crisis read more was an example of risk that financial regulators didn’t see coming, because they weren’t looking in the right place. The quest for sturdy and thoroughly scrutinized banks has pushed hazardous behavior into the shadows. That makes the lenders’ solid balance sheets feel like less of a victory.

(The author is a Reuters Breakingviews columnist. The opinions expressed are his own. Updates with graphic.)

JPMorgan, Wells Fargo and Citigroup reported their third-quarter earnings on Oct. 14, showing falls in earnings and an increase in delinquent debts as the U.S. economy softens.

Citigroup’s earnings fell 25% year-on-year to $3.5 billion, as it reported a 64% fall in investment banking revenue, and just a 1% increase in fixed-income trading revenue.

Opinions expressed are those of the author. They do not reflect the views of Reuters News, which, under the Trust Principles, is committed to integrity, independence, and freedom from bias.